The Chances for PKAN Children Foundation was founded by Annemieke Bakker and Lex Peters. Lex is the grandfather of Joris, a PKAN patient. The foundation was established on December 4, 2017 and has ANBI status. The board of the foundation is committed to the children with PKAN and their families.

The purpose of the foundation is

Providing support for the daily consequences of PKAN, creating happy moments and memories for PKAN patients, their relatives and loved ones and fighting PKAN together so that no one dies from this rare disease.

The Chances for PKAN Children Foundation organizes many activities for children with PKAN, their parents and the environment. She does this in the form of projects, among other things. If you want to contribute to one of these projects, donate stating the project name and it will benefit that specific project. Thank you for your support!

The Board of the Chances for PKAN Children Foundation carries out its activities without remuneration and consists of: 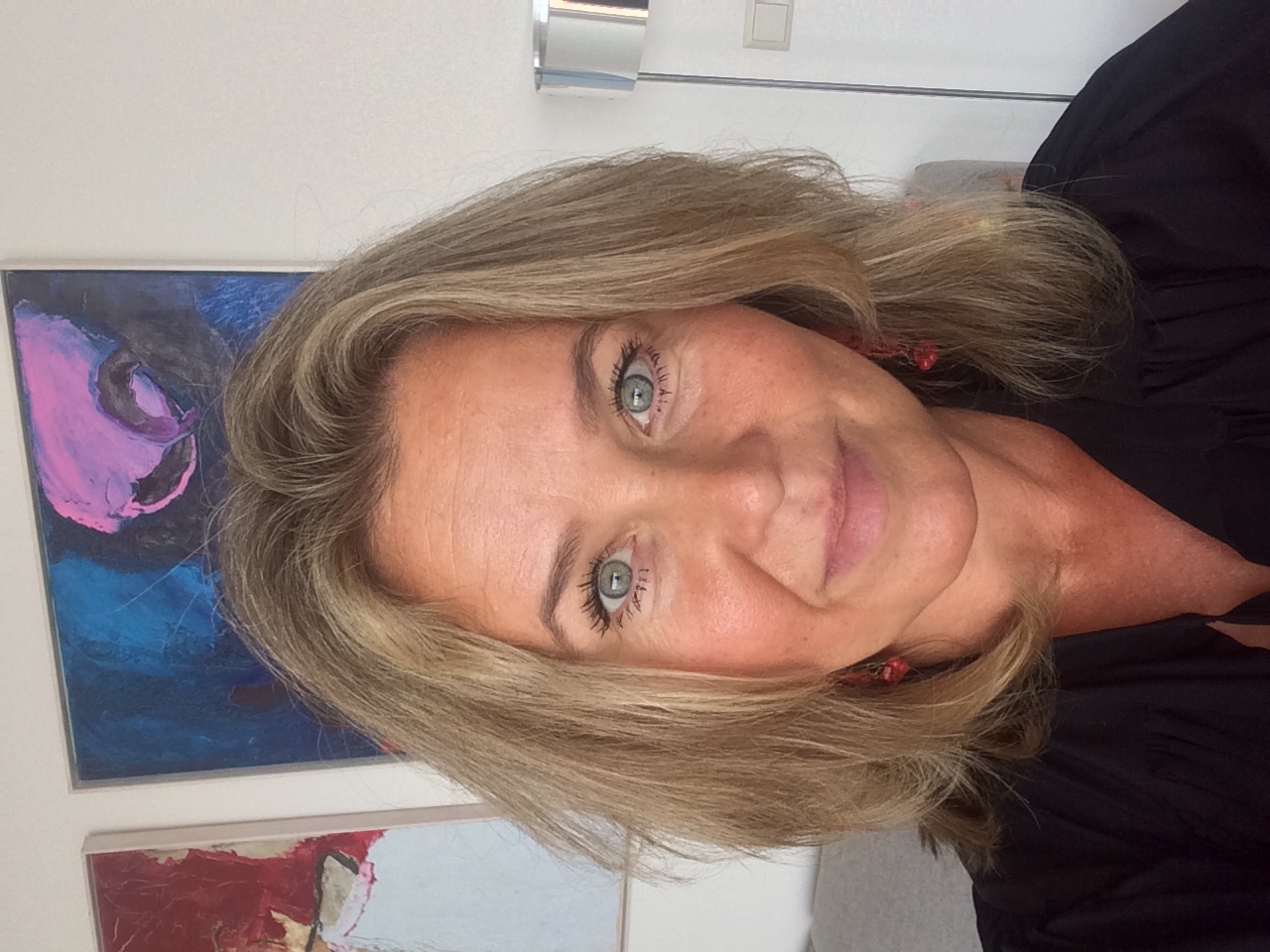 Annemieke Bakker – Chairwoman
Annemieke draws her strength from hope and love and from that starting point does everything in her power to contribute to the fact that the disease PKAN no longer destroys the lives of many.
After years of working as a lawyer, she changed course and traveled the world for her Global Clowning foundation to play as a clown for children in disadvantaged situations. When Joris, the grandson of her partner Lex, turned out to have PKAN, she decided to use her strength and energy to do so and now she is doing everything she can to help find a solution for this disease and to the families in which PKAN prevents support. 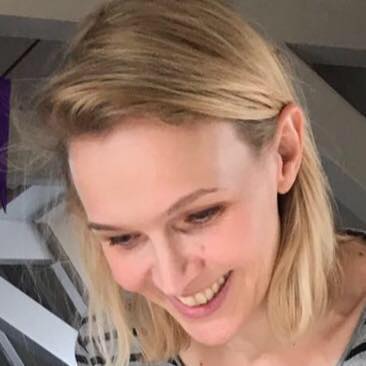 Fokje became involved in the foundation because the son of a good friend has PKAN. She experiences from close up what enormous impact the disease has, not only on the child itself, but also on everyone in the environment.
Fokje works in the film and television world. She has extensive experience in the entire process of developing and financing a script, making a film or series and distributing it. She has worked in film and television production management for years. 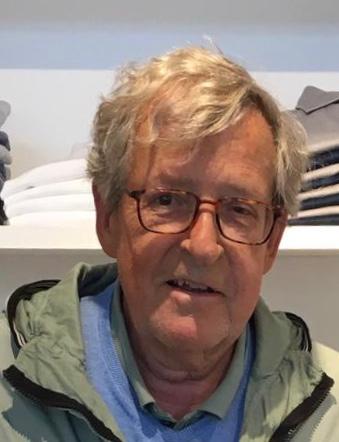 Egbert Jan, tax lawyer, has worked as a partner of an internationally operating law firm. In that position, he has led the branches in New York and Paris. Egbert Jan and Lex have been friends since their studies in Leiden. 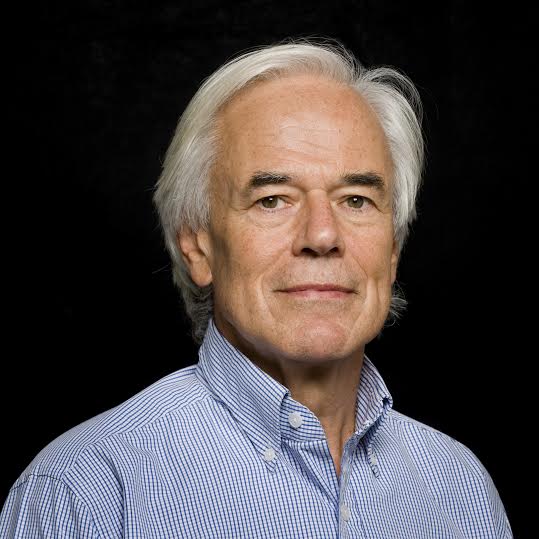 Lex is Joris’ grandfather, who suffers from PKAN disease. Right now, one of the main goals in Lex’s life is to find a solution to Joris’ disease and all the other PKAN children so we can keep them with us for years to come.

Lex is also emeritus professor of gynecologist at the Leiden University Medical Center. During his working life he has been involved in patient care, education and research. He received his doctorate on the topic “Chronic abdominal pain in women; an integrated approach ”. His interest is also in oncology. Lex is a founder and board member of the Female Cancer Foundation, a foundation with the aim of eradicating cervical cancer. He knows how to bind people and get the most out of himself and others for charity. Lex has received several national and international awards for his work, dedication and enthusiasm.

Because there is not (yet) a doctor with PKAN as his / her specialty, the Advisory Board consists of specialists with a specific area of PKAN as a focus area. In doing so, we broadly follow the PKAN Guidelines (http://nbiacure.org/wp-content/uploads/2014/07/Consensus-clinical-guideline-for-PKAN.pdf). In addition to these medical specialists, the Advisory Board also consists of professionals with other expertise and network relevant to the foundation. The Advisory Council provides solicited and unsolicited advice to the board, including when it comes to the use of funds and the criteria that submitted (research) applications must meet. All members of the Advisory Board perform their duties without remuneration.

Members of the Advisory Board: 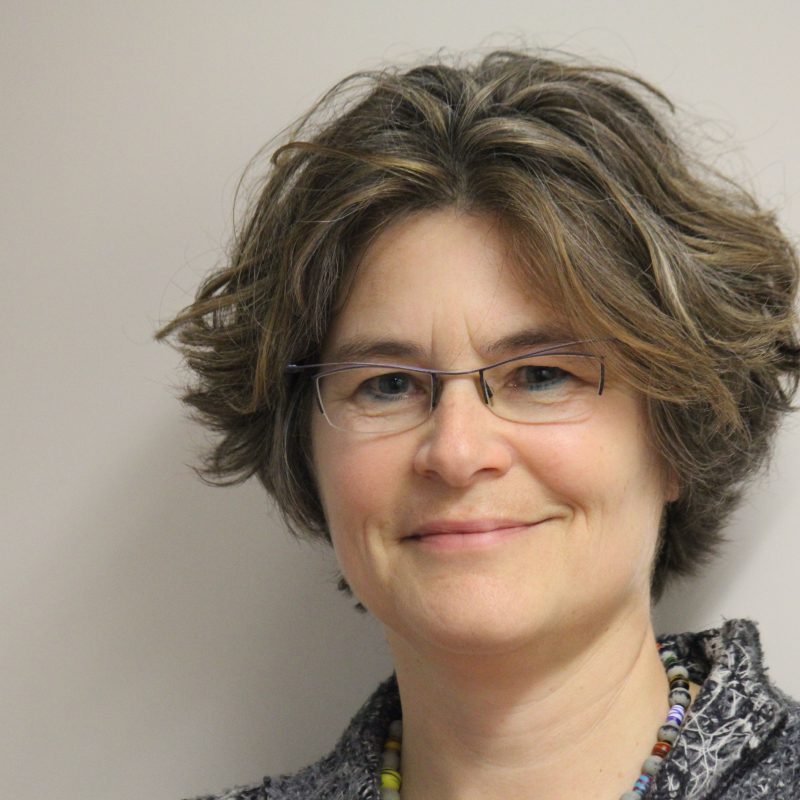 Ody is a Principle Investigator at the Department of Biology Cell of the UMCG. She obtained a VIDI grant in 2002 and a VICI grant in 2011. She is an expert in functional studies to investigate specific rare movement disorders such as Neurodegeneration with Iron overload and ChoreaAcanthocytosis. She uses various animal models (fruit fly and mouse). In addition to research into the basic mechanisms underlying the diseases, the animal models are used to investigate potential therapies (https://www.rug.nl/staff/o.c.m.sibon/). 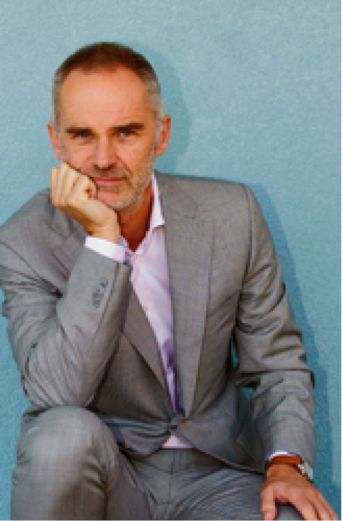 Hanno is a professor in diabetology and an internist / endocrinologist at LUMC, but has increasingly become a lifestyle physician. He achieved excellent results with ‘lifestyle as medicine’. He was a member of the Health Council (nutrition committee) from 2008-2017 and chairman of the Netherlands Overweight Partnership (PON) from 2014-2017. Hanno is currently a member of the Social Advisory Board of Diagnosis Nutrition & Health, a public-private consortium that initiates, facilitates and accelerates projects in the field of nutrition and health. He is a board member of the Dutch Association for Aging Research and an advisory board member of the Association of Physicians and Nutrition. Hanno is also one of the two scientific coordinators of an Innovation Center for Lifestyle Medicine founded by TNO and LUMC. In addition, he has been honored as a senior member of the Food100 2017, the 100 most prominent ‘game changers’ in the field of nutrition and health in the Netherlands in 2017. 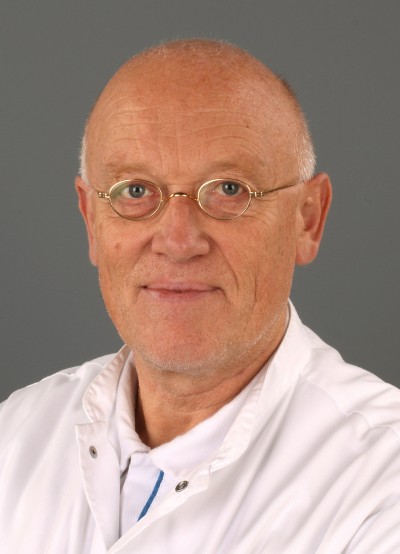 Peter is a staff member at the Ophthalmology department of the MUMC; his area of ​​focus is the surgical treatment of vitreous and retinal abnormalities. Peter studied medicine in Nijmegen. During that period he worked in the Biochemistry department of the Faculty of Science and obtained his PhD on the production of lens proteins in humans. During that period, the attention of ophthalmology was drawn. After training as an ophthalmologist in Rotterdam, he left for the US, where until 1990 he worked at the Massachusetts Eye & Ear Infirmary (Harvard Medical School) in Boston. At the time, he worked with the genetic background of retinoblastoma and retinitis pigmentosa (a common condition in PKAN patients). Upon returning to the Netherlands, specialization in vitreous and retinal surgery followed. From 1991 – 2004 he was a staff member at the Rotterdam Eye Hospital and from 2000 – 2003 he was chairman of the Netherlands Ophthalmological Company (NOG). From 2004 – 2012 he was head of the medical department of the Ophthalmology department of the VU University Medical Center in Amsterdam. Peter Ringens is currently chairman of the Quality Committee of the NOG and has been Secretary General of the European Board of Ophthalmology since 2004. 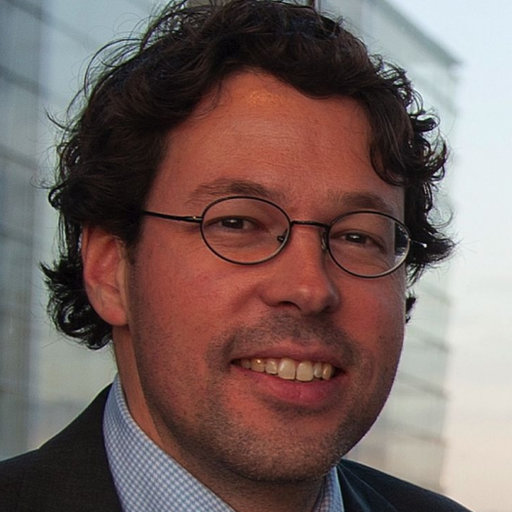 Mischa has been working at the Antoni van Leeuwenhoek since June 2018. For this he followed his studies and his training as an anesthesiologist in Leiden. He then worked as an anesthesiologist and as a pain specialist at the LUMC. Pain is a common complaint with many diseases and can have a major impact on the quality of life. Fortunately, there are several ways to reduce the pain. The options are discussed with the patient and a treatment plan for pain relief is drawn up. 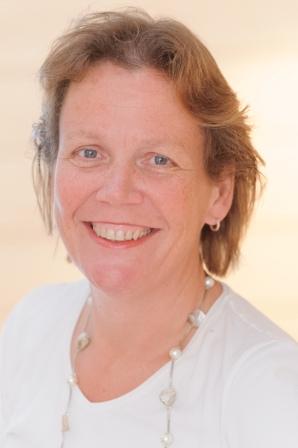 Marina is head of the Movement Disorders section of the Neurology Department of the UMCG. As a neurologist, she is an expert in the field of hyperkinetic movement disorders such as dystonia, myoclonus, hyperekplexia, tremor, tics and functional shocks. At the outpatient clinic she sees both children and adults patients. After her training as a neurologist in Leiden, with periods at Johns Hopkins University in America and at the Institute of Neurology and Neurosurgery, Queens Square, in England, she started an internationally recognized movement disorders group, first in Amsterdam, but since 2012 at the University of Groningen . In 2016, the Groningen Expertise Center for rare movement disorders was recognized by the NFU. It is officially part of the European Reference Network (ERN) for Rare Neurological Diseases. 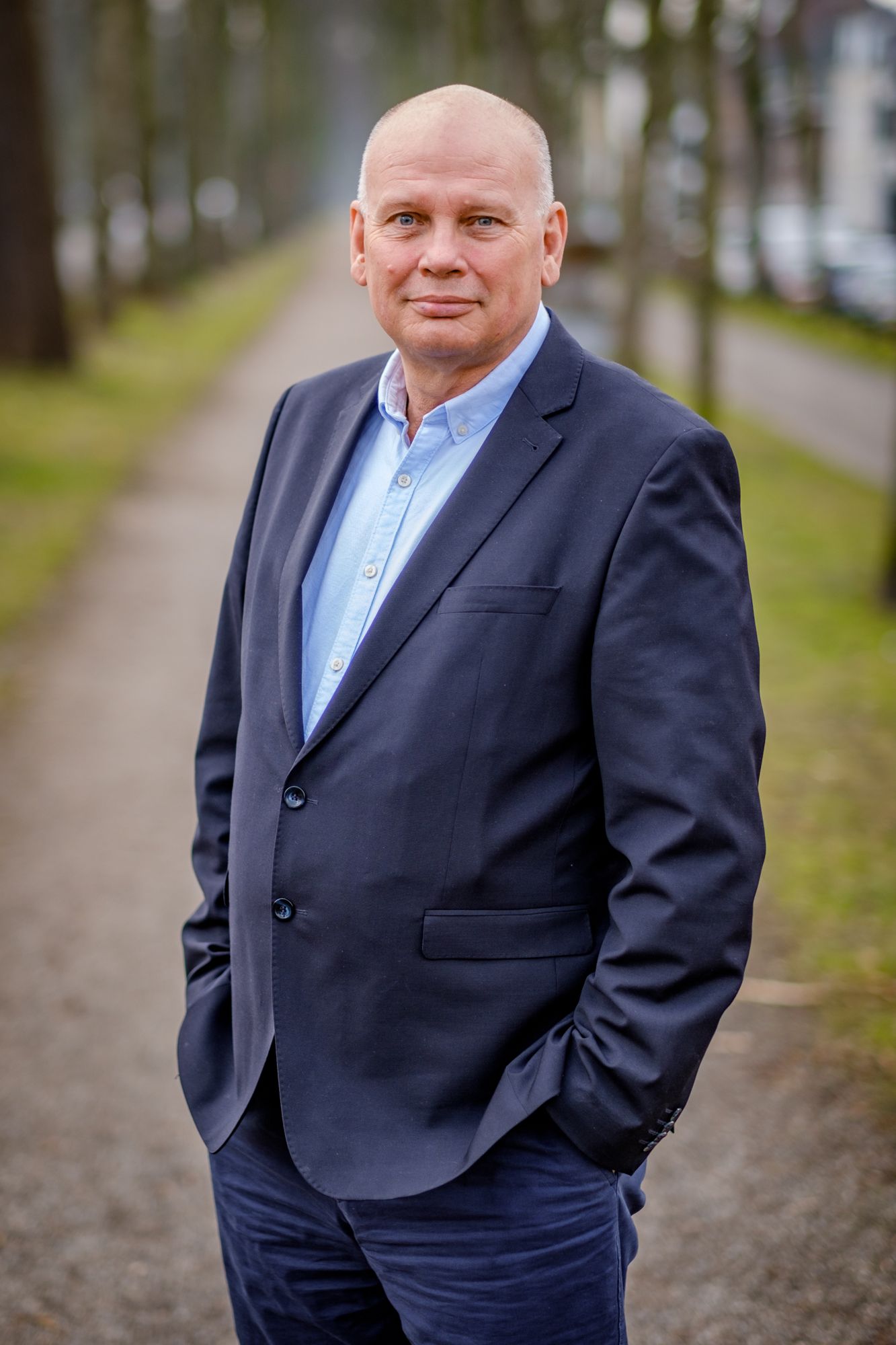 Rik is a partner in the Reputation Group. He advises and trains management of large and medium-sized companies on positioning and communication issues, among other things. Rik worked for NRC Handelsblad for 10 years and he was the first editor in chief of RTL Nieuws. He was also editor-in-chief of the current affairs section NOVA and Radio Nederland Wereldomroep. Rik is co-author of the book “The Style of the Leader”, about the management style of 26 Dutch top entrepreneurs. 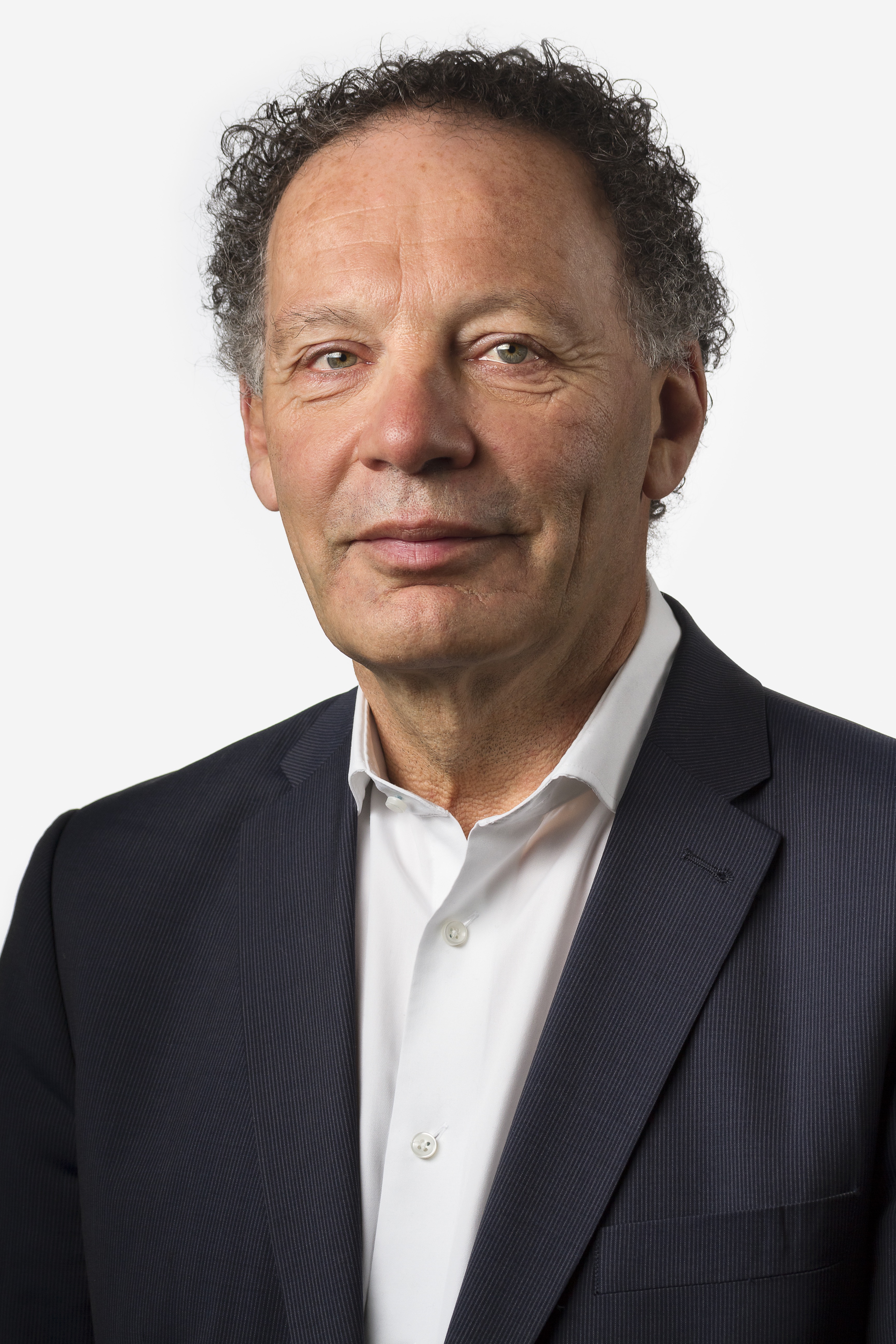 Adam studied pharmacy and medicine in Leiden and was subsequently trained as a clinical pharmacologist in the Wellcome Research Laboratories and King’s College hospital in England. From 1987 to 2018, he led the CHDR in Leiden – an institute for human drug research – which grew from 3 to 300 employees during that period. In 1992 he was appointed professor in Leiden, a position that he held until his retirement in 2018. Between 1999 and 2011 he was vice-chairman of the CCMO, the supervisor of the medical ethics committees in the Netherlands. His scientific work focuses on methods for demonstrating the effects of new medicines – recently mainly through measurements that no longer require hospital visits – trial @ home. These methods are currently being tested on 400 children with all kinds of disorders, including rare genetic ones. He is editor in chief of the British Journal of Clinical Pharmacology and a member of the Board of Trustees of the Eye Hospital in Rotterdam. Adam is a member of the scientific advisory board of FACIO – a company seeking treatments for a rare muscle disease.

Adam is married to Titia Overbeek, a specialist in the prenatal diagnosis of birth defects, and has three children (including two doctors) and five healthy grandchildren, which also motivates a commitment to diseases such as PKAN. 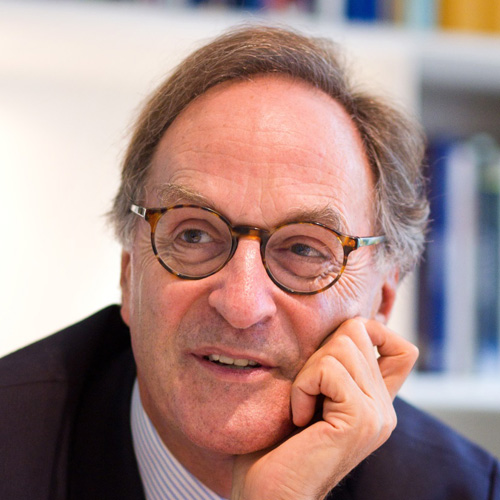 Alexander is a Dutch mathematician and former senator for D66. Alexander is a professor of economics and business administration at the University of Amsterdam. From August 2006 to September 2012, he was a crown member and chairman of the Dutch Social and Economic Council (SER). In the years 1991 – 1996 he chaired the employers’ organization VNO and, after the merger with the NCW, the VNO-NCW. From 1996 to 2006, he was a member of the Executive Board of ING Group.

He holds an honorary doctorate in economics from the Vrije Universiteit Brussel and was named the most influential man in the Netherlands by the daily newspaper de Volkskrant in 2007, 2008 and 2009. 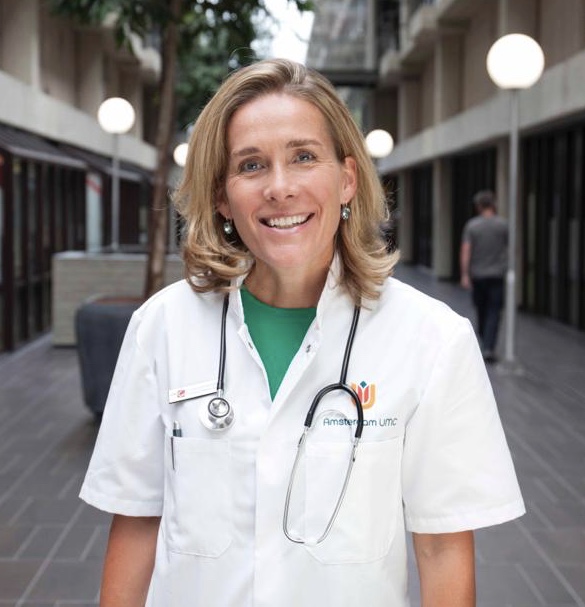 Clara is a pediatrician and geneticist, professor of metabolic diseases at Radboudumc and Amsterdam UMC. She is interested in neurometabolic disorders, and specifically the application of big data technology for early diagnosis and better treatment. She is the founder and director of United for Metabolic Diseases, www.umd.nl a collaboration between 6 metabolic centers and patient associations.

The members of the Committee of Recommendation warmly support the objectives and activities of the Kans voor PKAN Children foundation and draw attention to children with PKAN in the Netherlands from both their private and business environments. All members of the Recommendation Committee perform their duties without remuneration.

Members of the committee: 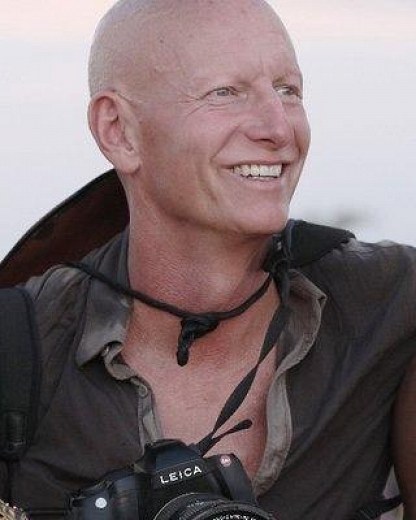 Jimmy Nelson is a photographer. At the age of 17 he started to cross Tibet on foot with a small camera in his pocket. The photos he took were published by the National Geographic, which led to international acclaim. From then on he became an international photojournalist and documented areas of war. Jimmy is best known for his photo book Before They Pass Away (2010), for which he traveled the world for 3 years and photographed 35 indigenous tribes. In 2018 he published Homage to Humanity. In 2016, Jimmy started the Jimmy Nelson Foundation, set up to stimulate cultural expression by facilitating projects that promote the cultural heritage of indigenous peoples. 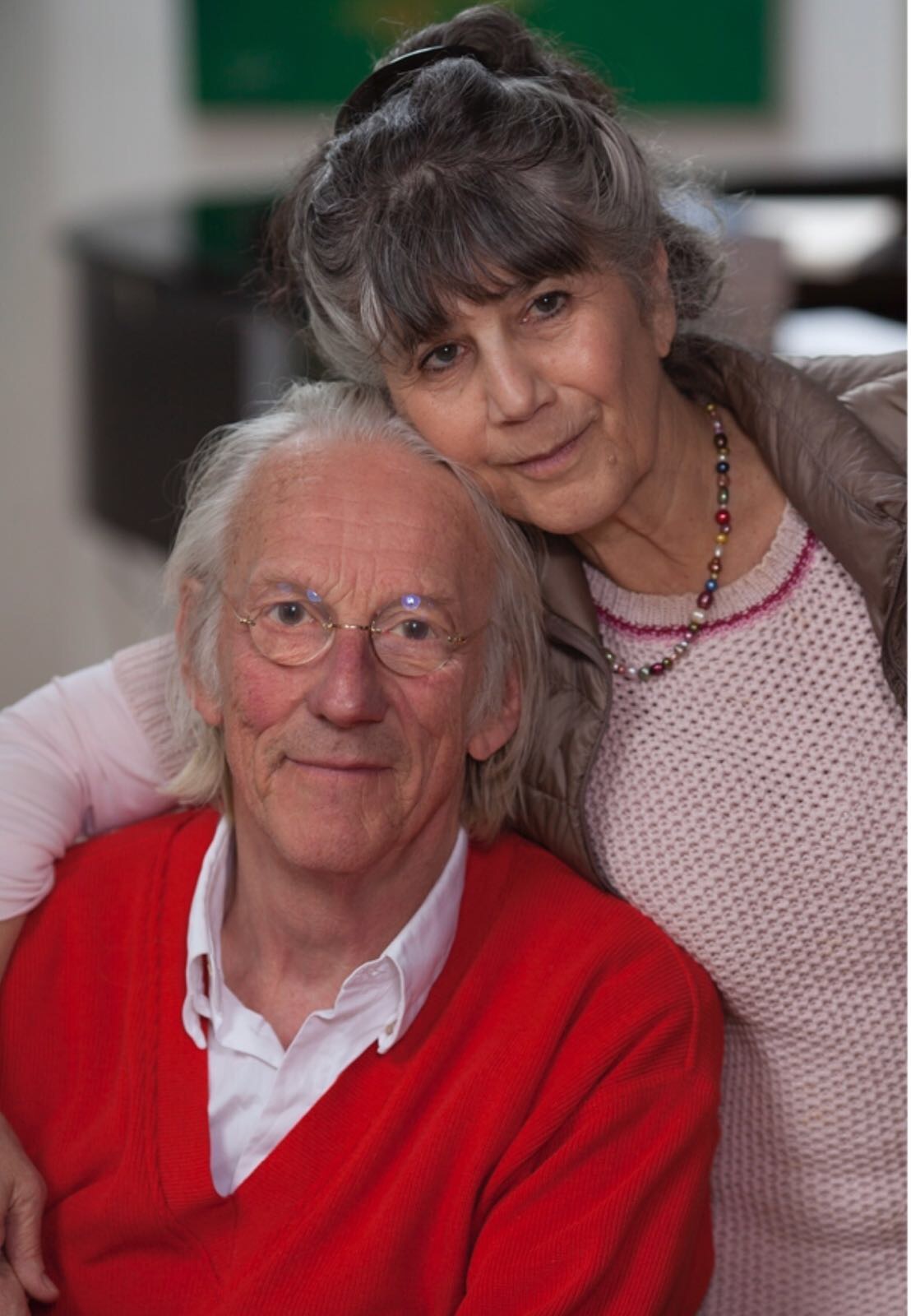 Freek is a comedian and Hella is a writer and sculptor.

“As members of the Committee of Recommendation and ambassadors of the Stichting Kans voor PKAN children, we feel closely involved. We hope that the drug that is being developed for these children with a rare disease will be available in the not too distant future. Together we are strong!” 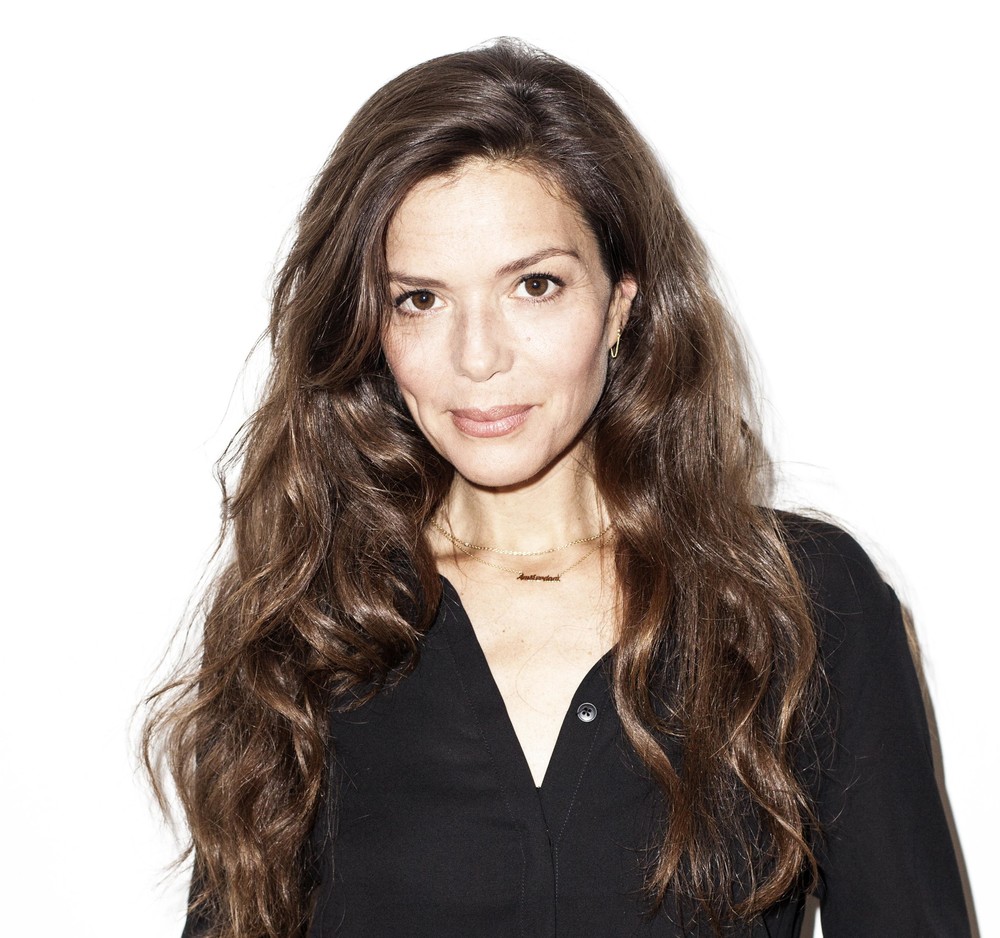 Chef of the daily- and weekend supplements of Dutch newspaper Het Parool.